Some fine coordination (as expected) from our Gala Coordinator oversaw Anna and Daniel construct this masterpiece on the 23rd March!!!!! Well done!! Not sure what he is called………Jonathan maybee??? 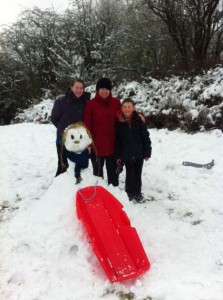 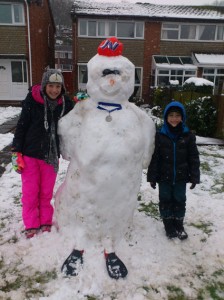 Aaran and Jack Darley with their snowman Dave – 20th January 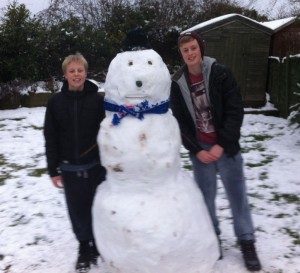 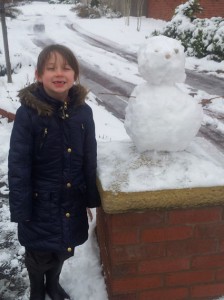 William Leach’s Snowman who apparently enjoys Kick. This photo has been taken in ultra high HD resolution as expected by Wills Dad.